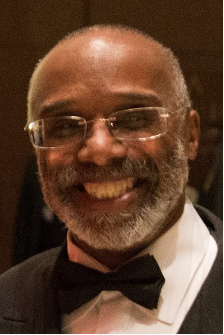 Dr. Harold Hampden Robertson joined the SUNSHINE Awards Global Strategic Team in 2011 after over 35 years of Diplomatic and Public Service experience for the Government and people of the Republic of Trinidad and Tobago. His many years of experience span diplomatic assignments in many countries around the globe, membership on many International Committees as well as selected representational conferences and events. He has many publications to his credit including articles such as The Maritime Provinces of Canada. In Research Guide to Central America and the Caribbean. K. J. Grieb (Ed.), The University of Wisconsin Press, Madison 1985; The Nova Scotia-British West Indies Commercial Experiment in The Aftermath of The American Revolution, 1783-1802. Co-author: S. Basdeo, Dalhousie Review, Vol. 61 No.1, 1981, pp. 53-69. and West Indian Peoples. The Canadian-Caribbean Connection, G. Walsh (Ed.) Carino Cultural Association, Halifax 1992.

Dr. Robertson has earned accredited scholarships, many awards, and recognitions for his accomplishments including being the first to complete a Master of Arts Degree in one year in a special program at Dalhousie University, Nova Scotia, Canada. He played an active role in securing approval from the Mandela Family and the Nelson Mandela Foundation to establish the Nelson Mandela Human Rights Achievement SUNSHINE Award.

Dr. Robertson often describes his role in the SUNSHINE Awards Organization as his special way to underscore his desire for a better world through his passion for education, humanity, science, technology, and the performing arts.